WhatsDown? What really went down with WhatsApp yesterday 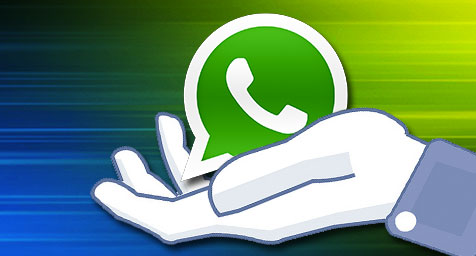 Facebook, the social media giant, was forced to annunciate an apology today following the 3 hour blockade of its recently acquired WhatsApp. The staggering $16 billion – plus $3 Billion in options – it had paid for the global mobile messaging app came as a shock to many people.

The team responsible for the instant messaging app, which was procured by Facebook on Thursday, declared the error was due to “server issues”.

The app’s highly popular chat conversations- evidently used by more than 450 million each month – displayed a loading asterisk and mark, “connecting… “ while the problems continued.

WhatsApp employed its @wa-status account to tweet at 8:16pm: “Sorry we currently experiencing server issues. We hope to be back up and recovered shortly.”

At 10:48pm it announced the issue had been resolved, tweeting again: “WhatsApp service has been restored. We are so sorry for the downtime…”

While many users complained about the downtime, others took it light- heartedly saying the WhatsApp team has probably gone on holiday after their multi-billion dollar deal with Facebook.

Anything that can ‘go down’ shouldn’t be relied on. Plenty of decentralised ways to message, they can’t go down as such. #WhatsApp

WhatsApp undergoes some downtime, as founders are too busy counting out their Facebook billions one bill at a time

Mark Zuckerberg, founder and chief executive of Facebook, declared: ‘WhatsApp is on a path to connect one billion people. The services that reach that milestone are all incredibly valuable.’

“WhatsApp’s extremely high user engagement and rapid growth are driven by the simple, powerful and instantaneous messaging capabilities we provide.

We’re excited and honoured to partner with Mark and Facebook as we continue to bring our product to more people around the world.’
The WhatsApp brand is to be maintained, and its headquarters will remain in Mountain View, California.”

Mr Koum will come aboard Facebook’s board of directors, and WhatsApp’s core messaging product and Facebook’s existing Messenger app will remain to operate as standalone applications.

The new move from Facebook comes after it recently reported record revenues of 2.5 billion dollars from 750 million daily users.

The end of quarter results, published at the end of last month, showed a revenue rise of one billion dollars on the same period last year.

A total of 757 million people used the world’s biggest social media platform every day between October and December, up from 618 million the same time in 2012.