Be Smarter than Mat Honan! 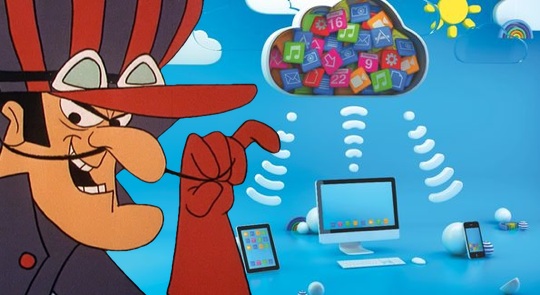 The question that has been bewildering us lately was this: how can we keep our back(UP) in this world that is seemingly always trying to take our stuff down? If you’ve been keeping up with the latest in the Tech blogosphere, then you’re already aware of the horrible and yet shocking hacking incident that has been inflicted upon the well-renowned former Gizmodo and currently Wired writer Mat Honan.

Apparently, it was not all that difficult for the pair of 19-year olds to crack into his whole entire digital and social life; taking over his Google account and deleting it, next they took over his Twitter account and sent out numerous racist and offensive tweets. The worst part in this horror of a tale is that anyone of use that has both an Amazon account and an Apple ID is potentially vulnerable to the same sort of attack.

Steps are being taken by the two companies towards closing the security gaps, yet it seems that they were unforthcoming on Tuesday concerning the details of these changes.

Honan’s agonizing incident, one that he later on Monday documented in a Wired story, exemplifies how the Friday-night hack attack swiftly snowballed into the taking over of his many digital accounts; Amazon, Apple iCloud, Gmail and Twitter. Not to mention the deletion of all of his three Apple devices.

There is a horrendous drawback, in the heart of this tale, between the identity verification systems implemented by Amazon and Apple; two of the tech behemoths.

Honan, like many others, has a number of email addresses. Anyone who’s out on the hunt can easily gain access to several of them. The hacker responsible for the breach find Honan’s @me.com address, which served as a tip-off that Honan had an AppleID account. He then on used Amazon’s systems to break into Apple’s.

In an astounding twist of events, Honan was contacted by the hacker that agreed to share the methods he exploited on the condition Honan did not press charges.

“It turns out, a billing address and the last four digits of a credit card number are the only two pieces of information anyone needs to get into your iCloud account,” Honan wrote. “Once supplied, Apple will issue a temporary password, and that password grants access to iCloud.”

“Apple tech support confirmed to me twice over the weekend that all you need to access someone’s AppleID is the associated e-mail address, a credit card number, the billing address, and the last four digits of a credit card on file,” he wrote. “I was very clear about this.”

We are not quite sure how Amazon has enhanced their security system, however, in a separate Wired article posted Tuesday stated that Amazon’s customer service representatives will no longer change account settings such as credit cards or email addresses by phone.

Honan, in his declarative article, seems to cast little if any blame on the hackers; instead he said it was his fault for not backing up his data, and “daisy-chaining” his various accounts together.

So, the question is, is it really back up if you only have one plan if everything goes down the drain? The answer is, of course not. You have to have a structured strategy to salvage your data in this hap hazardous world of ours if the Cloud rained down on us. We would suggested some good old fashioned reliable offline backup such as Timeline 2012 that will allow us to sleep tight at night not fearing the preying eyes of the hackers.