Battlefield3 for PCs yes! for consoles… better luck next time 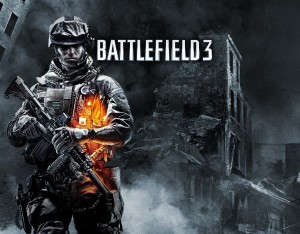 EA couldn’t have chosen a better time to release Battlefield 3. What an attractive game!  The visual details are so stunning and realistic. EA wanted to get into the first person shooter market ever since Activision dominated the market with its Call of Duty franchise. Enough with the small talk, let’s talk about the game:

If you are the “love at first sight” type, you might want to hold off on starting the single player campaign, as it seems more like an interactive demo than a game. The story plot is the usual “terrorists – explosion chemistry” going on there. But as a multiplayer shooter freak, it has it all. With up to 64 players that can play in huge maps, it’s got to be one of the biggest and most hectic multiplayer experience a first person shooter can ever imagine.  Plus it comes in 3 modes: Deathmatch mode, Conquest mode and Rush mode.

Battlefield 3’s major pitfall is that the console version is a letdown compared to the PC version. The graphics are missing that “wow factor” and the battles are smaller, making the experience sort of a miniature or a shadow of what is offered on computers. I found the whole game on the Xbox 360, disappointing, feeling sterile, and looking almost dreadful. I was hoping that the Frostbite engine could at least make a game that’s visually impressive compared to other console titles like Crysis 2, but battlefield3 on consoles shows a different story.

You can check out the launch trailer at: http://www.youtube.com/watch?v=9DM7NsxOS0Q