Still stuck in the stone age? Here’s why you should drop Internet Explorer forever! 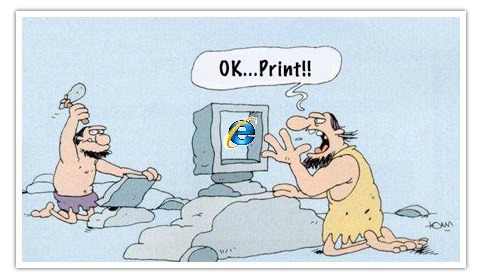 With all the latest technological enhancements, one might easily think we live in a world much similar to what “Minority Report” had predicted. However, despite all these incredibly high-tech software, security flaws remain imminent especially when it comes to operating systems and apps.buy windows 8 product key

Even the “Tom Cruise” of developers is not perfect, and thus bugs do occur. Yet it is the developer’s reaction that sets the tone for the public’s response to such inconveniences; if a promise for a fix is sent and delivered on time, all is forgiven. Unfortunately, this will not be the case with Microsoft’s major glitch that was found in Internet Explorer.

We know what you’re thinking: “Who on earth is still using IE anyways?” well, you might be surprised but some actually still do and it’s very unfortunate for them; it turns out that there’s a bug that tracks mouse movement and certain key presses ( even when IE is minimized, or the tab is in the background).

This security defect harms all versions of Internet Explorer from version 6 all through 10, and a web analytics company was quick to inform Microsoft back in October. Despite Microsoft’s recognition of the matter, it does not intend to fix it any time soon. This constitutes an issue, not just because of the apparent privacy concerns, yet also for security matters. A multitude of people use software keyboards on their screen just for the sake of keeping their passwords safe from keyloggers. Yet, with this glitch, exploitative people can record the mouse movements used for entering a password just by having a web page loaded in the background.
Microsoft itself promotes the security benefits of using mice-based password system with its picture password feature in the new Windows 8. My oh my!

Here is a demo that clearly shows how one could map cursor movements. The video also indicates how some basic analysis of mouse movement can be exploited to collect private data such as passwords or phone digits. What’s even more frightening is the revelation that at least 2 ad analytics companies are already implementing this to track users; if you were not irritated towards advertisers tracking you before, then you should be now!windowsproductsale

The website that unveiled this bug has posted a challenge just for kicks for people to attempt to analyze mouse movement. The leader board clearly shows that it requires less than half an hour for one to break down what was being typed on a software keyboard. Very scary indeed!

So, what to do now? You have two options: either switch to Chrome or Firefox, or if you’re a diehard Microsoft fan then you ought to turn off JavaScript in IE. While this does cripple the usefulness of the majority of modern websites, Microsoft leaves us no other option. So until it steps up and fixes it, don’t use IE with JavaScript turned on, and be safe!