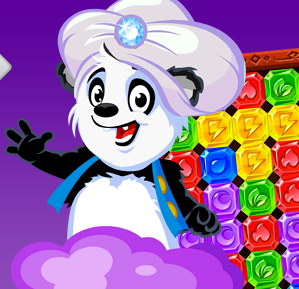 Wooga, the social gaming behemoth, made an announcement today that will surly entice its many Android and iOS carrying fans, respectively.

The company’s hugely successfully Diamond Dash game, first released on Facebook last year in March, reached a whooping number of 70 million players. Now it will also be available for the little green robot holders to enjoy, as well as Apple carriers that alone account for 20 million of those players. The company seems to aim at a further reach with its Android launch.

Another massively successful Wooga game, and one of its first releases, Monster World has also been visited by the Mobile makeover team. With over 45 million people having played the game over the past two years, the company has high hopes for its iOS app.

Founder and CEO of Wooga, Jens Begemann, stated:
Our vision at Wooga is to make games for everyone and with the growing popularity of mobile platforms we have an opportunity to bring our games to a bigger audience than ever before. With unrivaled social features and a focus on connectivity, I believe Wooga has what it takes to define the social gaming experience on mobile.

Zynga, the other social gaming giant, has also tackled the mobile grounds yet reached mixed feedback; it is not an easy task to bring a full desktop experience offered by platforms such as Facebook, into the significantly smaller mobile environment. Nevertheless, Wooga seemed to have surpassed that obstacle.

Last month, it seemed that some people panicked at the rumors that Wooga was deserting Facebook altogether. Yet it turned out that those were in fact mere rumors, for when it comes to developing games, distribution is key. Rovio is the ideal example of exploiting as many platforms as possible in order to get ahead in the game.