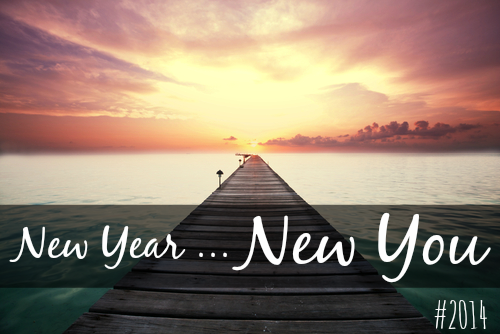 2014 is finally here, and while many might be eager to set new goals and new resolutions, it is a researched fact that not many stick to their “new set targets” and will probably fail by what a new found poll states as “Fail Friday”, which is January 24th.

You can go a little easier on yourself now knowing that you are not alone finding it difficult to cope with the high targets you may have set for yourself. To make it an even happier New Year, we’ve decided to assemble a list of simple and scientifically proven methods to achieve the maximum of your resolutions while remaining kind to yourself as well as others

1. Meditation is the best fixation

You’ve probably seen it all over the news lately, and that’s – like Daughtry might say – no surprise. Meditation has science proving how it can benefit our well being. After many studies have been conducted, it has been proven that meditation helps us not only feel more relaxed but it also literally alters the whole setup of our brains; from increasing grey matter density to shifting how the neurons themselves are connected.

It was shown recently that meditation triggers changes at the gene level, specifically genes that manipulate the stress and inflammatory responses. However, in a day-to-day perspective, it makes you feel a whole lot better throughout the day itself.

So, set some time aside from your schedule and checkout the meditation class close to your area, or simply finds the required tools online to get you started.

As much as you might try to ignore it, moving your body is and always will be the single most terrific thing you can do for yourself, both body and brain.

The adult human brain has always been thought to be relatively inalterable, up until recently. New found evidence from the past decade has proven the brain can actually develop new neurons, specifically in an area called the hippocampus, which is responsible for learning and memory. As it turns out, physical activity is a strong trigger for this new neural growth.

Of course we all know how exercise increases endorphins – the tiny happy chemicals that make us feel good at the end of the workout – and just the promise of this “runner’s high” can get us started even when we don’t really feel like going at all.

This year, get in the habit of getting a new habit! Basically make a routine out of something; anything, just make sure it is healthy and positive. You’d be surprised how life changing that can be, and it can even be life saving for some. Making sure you have a certain ritual you always do is a method of security in tough times.

It really doesn’t’t matter what the habit is – meditate, run, walk, read, write, chant, pray, have a cup of tea at 6 am while contemplating life around you- just as long as it is a habit of yours. By nature, we are creatures of habit, and once you’ve’ve given yourself a healthy rather than destructive habit to fall back to, is an essential measure of structure and success.

4. Simplify & Smartify the way you eat

It would not be a list of New Year’s semi resolutions without a hint of nutritional facts. There’s a plentiful of foods whose positive effects are so well-known that they have been proclaimed as the power foods. These include:

1. Blueberries; or any deeply-colored berry, are packed with antioxidants.

2. Fatty fish; for the brain-healthy DHA and EPA varieties of omega-3 fatty acids (note that these omegas vary from the omega-3s found in nuts and seeds).

3. Leafy greens; are rich in folate, iron, and other essential vitamins and nutrients.

4. Turmeric; One of the most fetching culinary spices, turmeric has an intense golden hue. The major ingredient in Indian curries, turmeric is the component responsible for curry’s dizzying color; it’s also commonly used to imbue mustard with its radiant glow. Among many of its surprising uses and benefits, it has proven to have anti-inflammatory properties have long been linked to reduced Alzheimer’s risk.

There’s a bundle of other foods that are excellent for the brain, and the rule of thumb for the brain as well as for the rest of the body is to drop the processed, pale-colored foods and replace them with as many brightly colored, whole foods as you possibly can.

So the verdict is in and it is not surprising; social media serves to feed our shallowness, unhappy and envious of those around us. What’s even worse is the unintended and yet inevitable effect of actually disconnecting rather than connecting with the people we love the most.

On the other hand, actual social interaction enhances psychological well-being, happiness and is even linked to better health and longevity.

So, set aside your Smartphone and simply talk to the person in front of you – whether you know them or not- and stop with the stalking and Instagramming your morning coffee.

Yet another term that has exploded these last couple of year is mindfulness. All the evidence proves that practicing mindfulness can help us be more existent in life, rather than shuffling through it blindly. It’s also been shown to aid people with smoke cessation and weight loss.

As Jon Kabat-Zinn has stated for years, the key to mindfulness is paying attention to the present moment, non-judgmentally.

Observing your thoughts without reacting to them is another way to think about it. Whether you’re feeling generally anxious or trying to get to the other side of an intense food craving, inquiring into your own thought processes and physical sensations – without judging them, but simply observing them – can be an enormously powerful tool to get there.

7. Focus on those around you

These days, we spend so much time focusing on ourselves, for both better and for worse. So, from time to time, it’s quite good to take the burden and focus off yourself and get to know those around you a little more than skin deep.

Maybe there’s a person in your office who always seems a little down and could use some conversation and uplifting. Or maybe your friend has been spending a lot of time helping you through a problem in your life. Try turning the tables – like Adele would say- this year, and switching attention to the person across from you.

Even though this builds on the previous item, but it plays out in an even cooler and more noticeable way. While it might be true that we need to improve ourselves to be good for others (practicing yoga, going actively to talk therapy, and so on), but the counterpart is also true: we need to help out others to heal ourselves.

As Rob Schware, PhD, president of the Yoga Service Council and Executive Director of the Give Back Yoga Foundation, stated earlier this year: “Gandhi said, ‘if you want to know yourself, serve others.’” And a lot of people have found this to be profoundly accurate.

Do some good for those around you, and you’ll find it helps heal you in a way that’s hard to put in words. So give it a try in whatever way feeds your heart and soul. Finding more ways to help others in 2014 may be just the thing to give yourself a happier, healthier new year.