Time to get Happier! 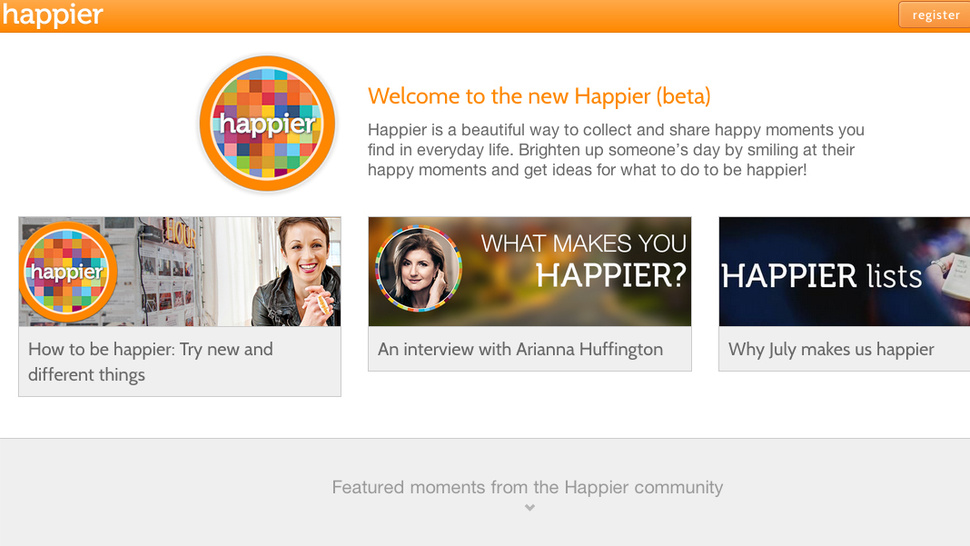 Haters gonna hate; well not on this new Boston startup! Nataly Kogan, the co-founder and chief executive of the new negativity-free social network –Happier– has decided to take it upon herself to create a platform dedicated to celebrating only happy moment, regardless of how trivial they might be.

Imagine a world, where you do not have to face the sarcastic wrath of critics offending that beloved cat picture you’ve just posted or the meme you thought to be hilarious. Happier is pretty straightforward; it’s designed to make people happier through posting only happy photos, status updates and any other bits & pieces that make life that much more delightful. There is no more for negativity.

While some might argue that the theory Kogan is suggesting has already been implemented in many other social media sites; such as Facebook, Twitter and Instagram, however those channels are so broad, says Kogan, that users are more compelled to only share posts that would make a huge impression.

It has been reported to the Times by Kogan that more than 100,000 happy users so far have eagerly posted 1 million happy moments on the co-founders website since it launched its iPhone app back in February. A new updated version is due August 1st. Unfortunately there is no Android version available; however, users can access Happier through the web.

Nataly Kogan has been portrayed by the Times as “an experienced tech and finance executive who presented her elevator pitch about the company to a panel of judges Monday at Fortune’s Brainstorm Tech conference in Aspen, Colo.”

Happier’s target audience, according to Kogan, is women from 18 to 35 living in Middle American, or simply “regular people” rather than West and East Coast trendsetter; so basically the same audience that loves Pinterest or Martha Stewart.

Despite the fact that Happier fell short of winning at Fortune’s Brainstorm Tech conference, it succeeded at attracting $2.5 million in seed funding from Resolute.Vc and Venrock.

Would you be willing to take a moment out of your day to feel a little “happier”?