iPhone 5; the good, the bad and the ugly! 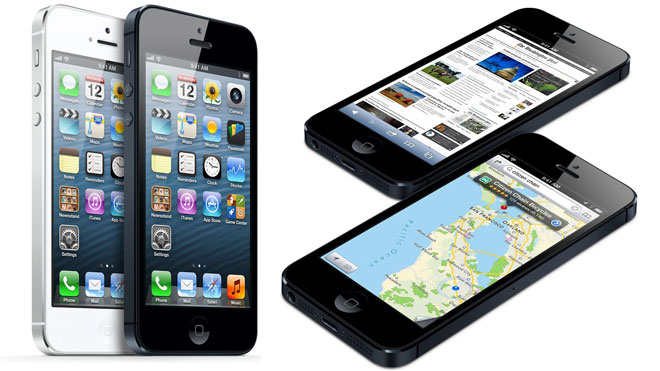 All the around the world today, iPhone owners will be looking at their devices with sheer nausea; how could they have ever held those out dated gadgets, they shall wonder! So thick and such a small screen! Thank heavens for a new one arriving in the next couple of days.

Why yes, it’s that time of year, when Apple unveils their latest gadgets, from iPhone to iPods, and have millions of people faint from sheer excitement. Statistics speak for themselves, for according to Experian Hitwise, one in every 1,000 searches online last week in England alone was for the iPhone 5.

Despite Tim Cook’s confirmations that Apple would augment their already high level of secrecy, the Chief executive failed to stop the leakage of quite a huge amount of rumors that turned out to be true. Nonetheless, Apple did not fail to impress its die-hard fans with the message they wanted to pass through.

The new device is 20% lighter and 18% thinner than its predecessor, the iPhone 4S, yet it manages to run twice as fast, with graphics that also run twice as fast, owing to a new processor as Schiller said. The camera was also visited by the dream team, which now includes features such as a low-light mode and a panorama feature.

The iPhone 5 is Apple’s first Smartphone that is capable of 4G, the super-fast mobile broadband technology which you can read more about here.

Apple’s new announcement comes after quite a turbulent year. October of last year, just a day after the announcement of the iPhone 4S, Steve Jobs passed away. Some speculated that after the loss of the co-founder and chairman, the company would go downhill. If that is going to happen, there is very little sign of it so far.

Apple has been preoccupied with its global patent war with rival manufacturers, particularly Samsung, the Korean firm that now boasts selling more mobile devices than any other company. Samsung has conquered Apple in London, South Korea and Japan, cases in Germany have gone either way yet the big winner was Apple in the US- a verdict that awarded the iPhone creator $1 billion in damages.

Apple has, in the meantime, continued with its regular cycle of fresh products: a new iPad in March, new Macbook – together with an upgraded OS- in June, and of course a new version of iOS that the new iPhone 5 will be running on.

Some analysts feel that Apple’s weakness may lie with its operating system; since Android is evolving in an extremely swift pace with Microsoft pushing the sleekly designed Windows Phone 8, Apple could be left behind if it fails to keep up with their innovative nature.

“Without the continued innovation which we are accustomed to with Apple, the company risks losing consumer appeal. The iPhone re-defined the Smartphone category in 2007 but it cannot reply on past success to guarantee its future or rely on litigation to keep its competitors at bay.” Warned Adam Leach, an analyst with Ovum.

Apple has set out its plans for the new device but it will go on sale in a market that is tougher than ever.