HP Spectre One; The All-In-One PC you’ve been waiting for! 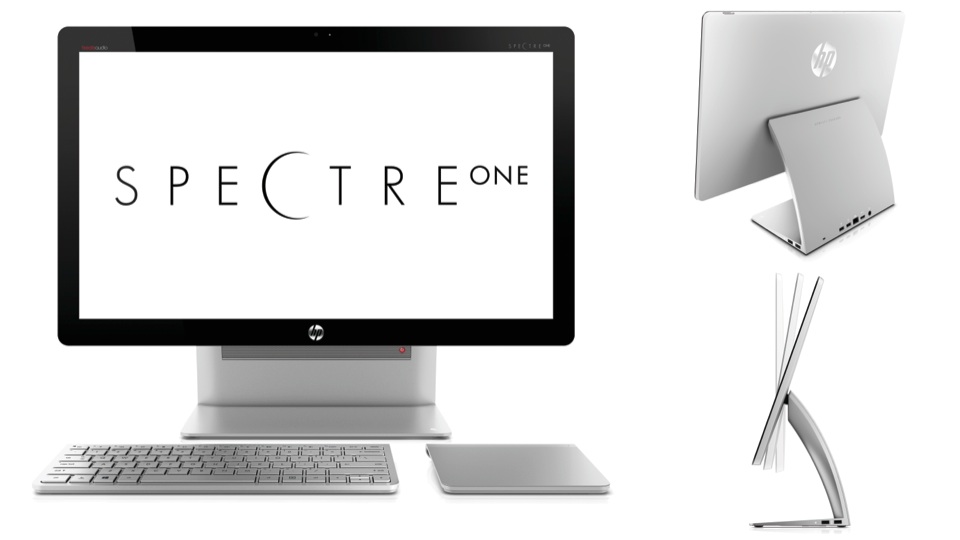 HP has revealed its latest Windows 8 desktop lineup, starting off with the 23.6 inch Spectre One. The potential of a TouchSmart All-in-One was evident when HP introduced its first way back in 2008, even if the idea was not yet fully developed. The Spectre One is the company’s first all-in-one premium Spectre line and incredibly thin; measuring in at a mere 11.5 millimeters. In the light of the finger-friendly Windows 8, the desktop peculiarly lacks a touchscreen; HP explained that it did so to avoid an extra 4-5 added millimeters to the overall thickness.

If you’re worried about your multitouch-gesture, worry no longer, for HP explains that it has incorporated a wireless touchpad with the PC. The touchpad is featherweight, comfortable and designed with the same silver shell such as the desktop. Best of all, it actually works; Windows 8 multitouch gestures can be tracked accurately, and our lovely fingers have ample space to travel.

The touchpad (along with the wireless keyboard) save the beloved USB ports, for they do not require a proprietary dongle to pair with the pc.

Another cool feature integrated in the new Spectre One is an NFC chip that is built into the base. All you have to do is configure a few bundled apps, then tap an NFC-equipped phone to the base and then you’ll be able to log into Window 8 automatically -or better yet-stream music and video with a tap. We experimented with an Android phone, and yes everything was “As seen on TV”; the device paired quickly, the connected stayed active as long as the device was on the same Wi-Fi network. On top of all that, HP shall be providing a few small N

FC tags that can be configured to log in to Window, or redirect you to a certain website.
The Spectre One’s display is luminous and alluring, despite having to struggle with some reflections in the room’s confessedly harsh lighting. If we put that aside, the experience itself was quite agreeable; the colors echoed beautifully and not a hint of lethargic performance. We’re concerned about comfort though, since the screen lays on a hefty stem that allows only a slight angle tilt adjustment.

Intel Ivy Bridge CPUs will be powering The Spectre One, and a 1GB Nvidia graphics card will be carried. Adobe Photoshop Elements and Premiere Elements will be bundled as well, but that’s pretty much where the magic ends, for the Spectre One is from then on scarcely equipped. Two USB 2.0 ports can be found, along with two USB 3.0 ports, an HDMI-in jack, and the needed Gigabit Ethernet port along with 802.11n Wi-fi. The machine lacks a TV or disc drive, which amazes us since such enhancements greatly benefit All-in-ones that are designed to serve as media machines.

The Spectre One will be available staring November, and the price tag will start at $ 1,299.
Among today’s announcements are also updates to the Envy Touchsmart and Pavilion lines. The Hp Envy Touchsmart 20 and 23 will both present touchscreens and Ivy Bridge processors, with price tags that start at $799 and $999, respectively. The Pavillion 20, priced at $450, is a more reasonable offer for those of you on a tight budget, yet it lacks a touchscreen.

All these machines will arrive in October.