Hurray! It is Social Media Day!

If you are one of the 56% of social media users that have admitted to using channels to spy on their partners, then you can rejoice; you have a special day to celebrate today since it is Social Media Day!
Mashable launched Social Media Day 3 years ago, in 2010 and both the event and social media use have grown tremendously in that time. The event has been declared official by 17 cities worldwide and three U.S. states.

Social media has bombarded our lives; from tweeting about the latest in politics, to rekindling old friendships on Facebook all the way to documenting our lunch on Instagram.

Yet Social media has served a far more influential purpose throughout the course of the past few years; from the behemothic effect Twitter and Facebook have had on the upheaval of the Arab Spring, to more local news when social media has proven to be vital in notifying the public of important information when the catastrophic wildfire hit Colorado just a few days ago. On Twitter, the hashtag #WaldoCanyonFire was a trending topic for several days. Using this hashtag, citizens along with Colorado Springs authorities and the media have been relaying pivotal, life-saving information. Colorado Springs was also a trending topic.

Yet, social media does not stop at Facebook and Twitter; Pinterest is currently the 3rd most visited website in the U.S with 60% of the users being females that is, and it seems everyone wants a bit from the social media apple; with So.cl, G+and Quora of course.

According to a website called The Social Skinny; half of the people that are active online, check into their preferred site first thing in the morning; ahh those annoying Foursquare check-ins, you know what we’re talking about!

Well, moving on to the world of Fashion, as Heidi Klum always says: “one day you’re in and the next you are out.” How have fashion designers and fashionistas reinvented the social media realm you might ask? Well, Oscar de la Renta was up to date sharing his runway show live on Tumblr as it was happening as well as pinning his bridal show, as well as many other brands that have aptly used crowdsourcing for the purposes of generating hype on social media in addition to sparking an emotional connection with their customers and curation to leverage influencers’ networks and create shopping experiences that merge editorial content with retail.

Remember, if all those social accounts get too over-whelming, you always have HootSuite and TweetDeck to come to your rescue and help you sort it out.

On a final note, we’d like to leave you with one fun fact on each of our favorite Social website:
1. Facebook: More than 350 million users suffer from Facebook Addiction Syndrome.
2. Twitter: Twitter handles more search queries per month than Bing and Yahoo combined (24 billion versus 4.1 billion and 9.4 billion respectively).
3. LinkedIn: LinkedIn has 161 million members in more than 200 countries and communities.
4. YouTube: YouTube was founded to share dinner clips of a party due to the files being too large for email.
5. Pinterest: Pinterest drives more referral traffic than YouTube, Google+ and LinkedIn combined.
6. Instagram: President Obama is on Instagram, having joined in January 2012.
7. Google +: “Student” is the number one occupation of Google+ users.
8. The mobile Web: China is the No. 1 country in the world for Smartphone use, with approximately 1 billion users.
9. Blogging: 3 million new blogs come online every month.
10. Klout: Justin Bieber is the only person with a perfect Klout score of 100 (says it all, then). 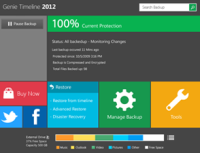